Our Reputation is Built on Results

The Most Effective SEO Company 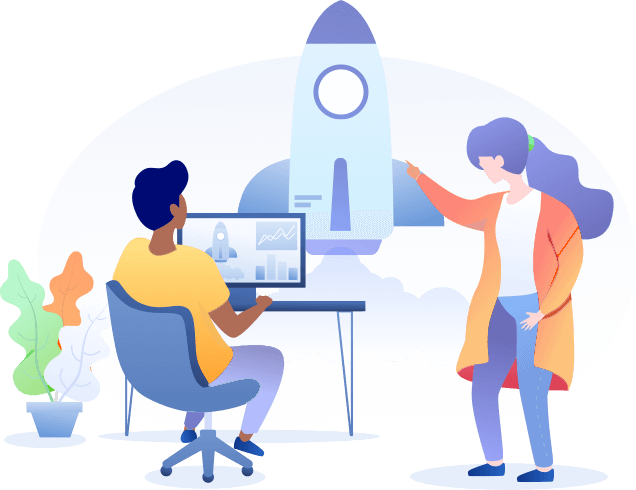 Due to the exploding popularity of smartphones and tablets, mobile application development is an increasingly popular medium of software creation. In fact, mobile apps have become an essential element of most businesses, and revenues are projected to hit nearly $600 billion in 2020. This
prolific and growing industry has attracted businesses from every corner of the marketplace as consumers detach themselves from desktop computing and turn to their mobile devices.

The creation of mobile applications has much of its roots in traditional software development. The end result, however, is software intended to utilize the unique features and hardware of mobile devices. Modern smartphones are equipped with Bluetooth, NFC, gyroscopic sensors, GPS and
cameras. They can be used for virtual or augmented reality, barcode scanning, and more. Mobile apps should utilize the full range of smartphone features, which is easier said than done.

With desktop PC software development, programmers must create an application that can operate on a minimum set of hardware. The same goes for mobile applications, though the hardware variances in this instance are much more minimal. At the same time, the hardware in smartphones and tablets doesn’t quite match that in laptops and desktop computers, which means mobile apps must be designed to show optimal performance

For example, a gaming app would be limited in its graphical elements because of the less powerful graphics processors in mobile devices. With that said, cloud computing is making it easier than ever to accomplish mobile gaming. Popular games such as Fortnite, Hearthstone and PUBG connect
players across computers, phones and even consoles.

Like desktop software, mobile apps are designed using a wide range of programming languages and frameworks. While the most popular operating systems, iOS and Android, have done an excellent job of standardizing the types of mobile app development available to programmers, apps can still vary. Here are some mobile app types:
Native apps
These are apps created for a specific platform (iOS or Android) using the software development tools and languages supported by those operating systems. iOS uses Xcode and Objective-C, whereas Android uses Eclipse and Java. Developers often prefer native apps because of their ability to utilize a device’s full potential. With smart home devices becoming more common, developers are creating unique applications that integrate things like wearables, Internet of Things sensors and smart screens for personalized experiences. Of course, development for each platform is a costly and time-consuming process that doesn’t work for all businesses. 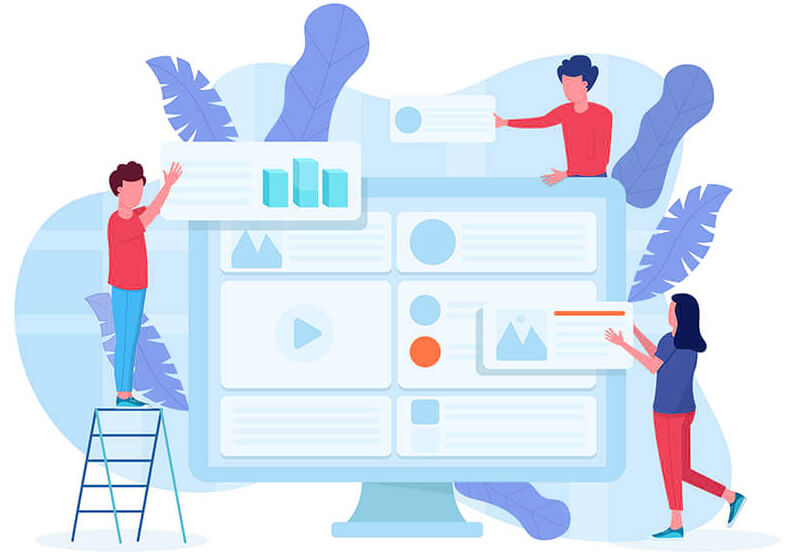 HTML5 apps
Based on the near-universal standards of web technologies – HTML5, JavaScript and CSS – this type of mobile app takes a write-once-run-anywhere approach to mobile development. Apps developed in this framework are compatible with many platforms and require only minimal changes to ensure complete functionality on each operating system. HTML5 apps can still send desktop notifications and trigger interactions through email and other avenues. Don’t discount web apps’ usability, but keep in mind that consumers are more likely to use a native app. A study from Oracle found that millennials spend 90% of their mobile time in apps and 10% in web browsers.

Hybrid apps
These apps entail the creation of a container developed in the native system that makes it possible to embed an HTML5 app within it. This allows apps to make use of the diverse and unique elements of each native system. Before creating your own branded app, consider utilizing existing apps for greater impact. For example, by using mobile-focused marketing on services such as Yelp, Facebook and Google Maps, you can drive traffic to both your website and brick-and-mortar location.

Software development kits
Mobile app development requires access to software development kits (SDKs) that provide a simulated mobile environment for programmers to design and test code.
However, creating an app does not require full use of these kits. For example, developers can create mobile games using Unity and then use the Android SDK to ensure its deliverability on mobile devices. Developing apps for iOS requires a paid iOS developer license, whereas the Android SDK is freely available to users.
iOS and Android have similar mobile market shares (47% and 52% respectively), but developing for Apple is somewhat easier in that you don’t need to worry about a wide range of devices from different manufacturers. Whichever operating system you choose, however, there are barriers to entry.

1. Idea: When brainstorming app ideas, put some research into answering a few questions about it. What problem does this app solve? Who is the target audience? Why are these features important? Do your competitors have similar apps.

2. Design: Next you’ll design a user interface (UI) and user experience (UX) to navigate the user through the app and make it easy to follow.

3. Development: During this stage you’ll write the code for your app, develop the code and start preliminary testing.

4. Testing: By testing your app, you’ll determine its quality, any malfunctions and what you can improve.

5. Launch: Once your app is bug-free and ready to go, you can publish it on marketplaces like the Apple App Store and Google Play.

6. Marketing: Create a marketing strategy to get users to download your app and give you feedback on how to improve user engagement.

Get a Quote for Your MAD Cutomised 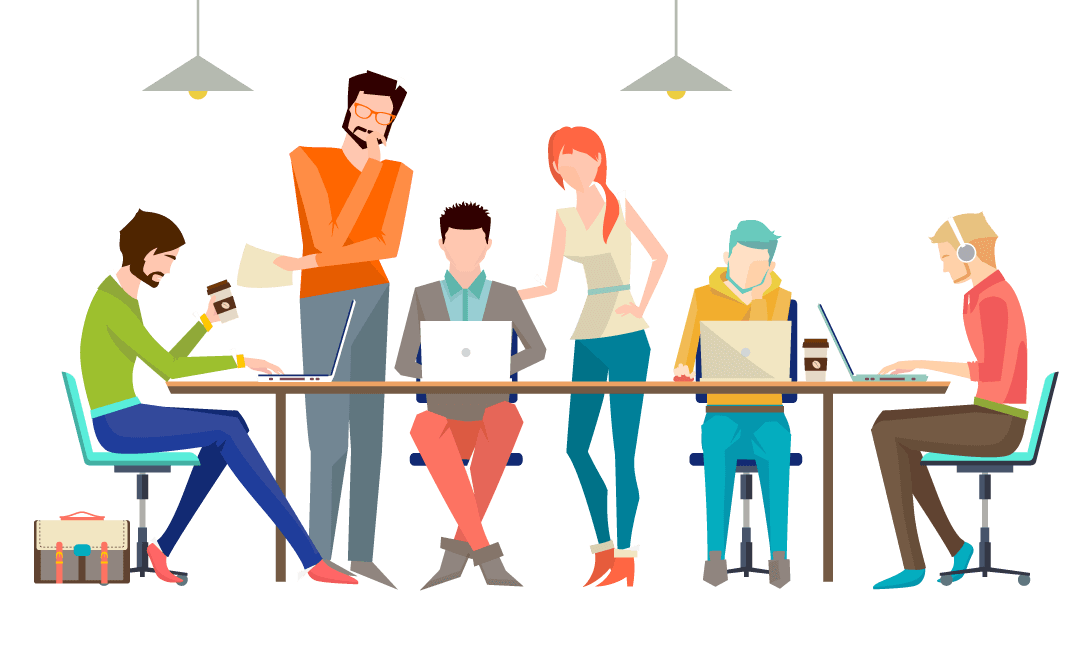 Why Mobile App Development is a DO Must?

Mobile App Development is a focused online marketing initiative that can help you increase your company’s presence on web platforms. It raises the probability of your organization to be viewed by more prospects. You can streamline your business on digital marketing arenas and search engines through this local marketing tool.

Mobile App Development proposals enable you to target particular locations of potential customers via keywords and information about your company’s services. SHILABS PRIVATE LIMITED’S local SEO initiatives can prove to be helpful in attracting more number of clients for driving your organization’s business further.

Brands We Have Served
Join clients who enjoy 96% satisfaction
We have inspired and motivated business owners, entrepreneurs, and professionals around the world for the past few years, and we’ve helped nearly 2,000 clients grow their businesses, online and offline. However, we realized that we couldn’t help everyone. Therefore, we only accept new clients after an extensive screening process that helps us determine whether we will be a good fit for each other.

What Our Customer Says

What They Have to Say

Great experience! Delivered as promised
Communicated perfectly and delivered a 27 year old death certificate. No complaints at all. Thank you!

Great team, great job, great results! Highly recommend!
I am very happy with the decision to go with Shilabs. You have great customer service, always quick and ready to help, with focus on the needs of the clients. The results speak for themselves… number one, thank you 🙂
Thank you for your help and support! Keep up the good work!

Amazing work in building out the online store on our site. We initially had an “informational” web site and in matter of two weeks, had an ecommerce plug-in launched and live establishing a shopping platform on our web site. Great work, great responsiveness, and great attention to detail!!

A great team
I am pleased to report that Shilabs is a marketing company that fits any need. I thank Sanjita and her entire team for the wonderful performance they have done to optimize our website and social media of Rubyxco, as well as the commitment, accountability, and remote follow up on all the SEO guidelines that have been worked on. When a group of people work as a team you can achieve amazing things! And here is a good case in point. Best regards dear Sanjita and team.

SEOHUNK, this can be the Best and the Bigger ocean of SEO industry, Anil and Raj has done a FAnTasTic job. For my site SEO, Raj is doing well for all the keywords, blogs and social media updates and now I can see the more traffic/visitors on my site which was not before.

Anil is the Top Man, who understand well to customer requirement, digging deep and find out the solutions in a very mutual way that any party can agree with his best approach and solution. His excellency is the best in solution making to keep the customers on TOP.

Both Anil and Raj are dedicated to the work and attention to details is the best part of it, much appreciate their hard work and I wish them all the best for the future.

SEOHUNK delivers professional work and remarkable result. I just had one month trial with them and was impressed by their delivery. Suv is our project manager, and he is very patient for all our requirements. I would strongly recommend their SEO service to startups.

I am very pleased with the professional approach of the entire SEOHUNK team! Special thanks to Raj for the excellent and thorough work of SEO on my website . I wish you and the entire company SEOHUNK long and successful business life. Thanks!!

I would like to thank Satya from SeoHunk, he is SEO manager for my company. I am happy with his work and efforts he did for my business. Always responsible and attentive to my questions and needs.
Although we cooperate only few months, I can see the positive results of his great job.
Thank you, Satya, for your professionalism and kindness.
Best regards,
Natalia (Happy Moscow Tours)

Get a Quote For Your Website
How to Choose the Right Mobile App Development Company?
Popular Question Answers

Book an Appointment
Get a Quote
Quick Contact
Want to Ask us a Question?